Genshin Impact’s first anniversary is fast approaching, and fans are getting a live concert amidst the celebrations.

The Genshin Concert is titled ‘Melodies of an Endless Journey’ featuring some notable music personalities from around the world. The orchestra will feature popular music from the Genshin Impact OSTs, and fans can watch it live on October 3, 2021.

As per official information, the concert is also in collaboration with a South Korean Pop music group. MiHoYo has shared glimpses of the concert through some teasers, and they look captivating.

MiHoYo first revealed the concert during the v2.1 live stream event. Since then, the concert has been in talks within the community, especially due to the involvement of a South Korean pop music group.

Genshin Impact has a massive fan base in South Korea and K-pop is loved all over the world, which makes the concert a great way to increase the game’s popularity.

The concert will be staged in multiple locations, including Belgium, the US and South Korea, and will feature many prominent guests like Maestro Dirk Brossé, a popular orchestra conductor in Belgium.

Genshin Impact’s music producer and composer Yu-Peng Chen will also take part in the concert, which is supposed to last for 90 minutes.

Other notable invites include:

Genshin Impact, in collaboration with a South Korean pop music group, teamed up to deliver a one-of-a-kind performance in this teaser for the online concert.

Genshin Impact, in collaboration with a South Korean pop music group, teamed up to deliver a one-of-a-kind performance in this teaser for the online concert. 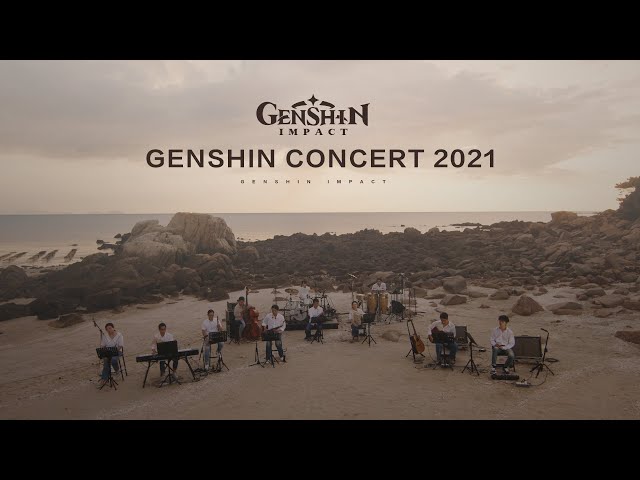 Fans’ response to the Genshin concert has been very positive until now. Keeping aside the gameplay and its story, Genshin Impact has a vast collection of immersive soundtracks. Each soundtrack is unique and grasps the exact vibe of the in-game location. The game has been nominated for many awards for its consistent outstanding music since its release.

Genshin Concert’s website has mentioned official merchandise related to the concert will be available soon. With numerous anniversary events lined up, the concert is like a cherry on top of the cake for the Genshin Impact community.

The fast and the farcical: the Rock v Vin Diesel, round...

Britney Spears Warns Family What To Fear If She Does An...

Queen Elizabeth is upset at inaction on climate change. But inaction,...

The Court of Owls Strikes In the New Gotham Knights Trailer