Aaliyah fans who’ve been waiting years to be able to listen to her music on digital streaming platforms, are about to get it.

According to Blackground Records — which owns the late singer’s masters and is rebranding as Blackground Records 2.0 — it’s partnering with the independent label EMPIRE to bring her songs to streaming services worldwide … along with catalog material from Timbaland & Magoo, Tank, Toni Braxton and JoJo.

The catalog will be released in near chronological order, starting with Aaliyah’s “One in a Million” album on August 20 … though physical vinyl and CD pre-orders, as well as digital pre-orders and pre-saves, are available now on Blackground’s site.

In September, the late singer’s self-titled album will be released to streaming, followed by “I Care 4 U” and the “Ultimate Aaliyah” compilation albums in October.

If you didn’t know … her songs have notoriously never been available to download or stream, except for her 1994 album “Age Ain’t Nothing But a Number.” But, now — 20 years after Aaliyah tragically died in a plane crash — her music finally will be available for fans to enjoy. 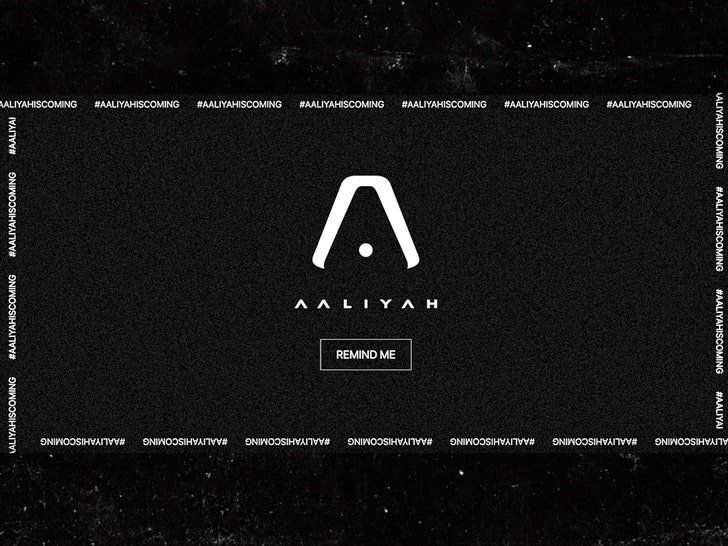 The big news isn’t welcome from everyone, though. As you may know, the reason for the hold-out is a long-standing rift between Aaliyah’s uncle, Barry Hankerson — founder of Blackground Records who owns her masters — and her mother, Diane Haughton, who controls the rest of her estate.

That contention is still there, as it seems Blackground Music is behind the digital streaming release of Aaliyah’s music. 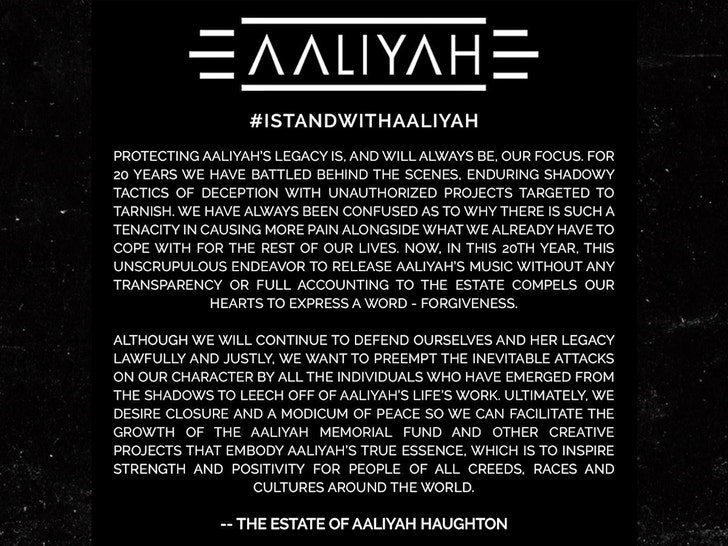 This resulted in the Estate of Aaliyah issuing this response — “For 20 years we have battled behind the scenes, enduring shadowy tactics of deception with unauthorized projects targeted to tarnish.”

The Estate also claims the situation is an “unscrupulous endeavor to release Aaliyah’s music without any transparency or full accounting to the estate.”

Despite the drama behind the scenes, Aaliyah fans will finally be able to access her music online soon … and hopefully, it’s worth the wait.

Kevin Spacey Must Pay $31 Million For Alleged ‘House Of Cards’...