Bill Maher made an incredibly strong case Friday night that Hollywood is ruining itself by pigeonholing actors into narrow lanes based on their heritage, sexual orientation, identity, etc.

The “Real Time” host made his case and, frankly, you gotta listen to it because it cuts to the core … that casting directors now take their cues from the casting cops.

He lays out his case, beginning with John Leguizamo, who was incredulous James Franco was picked to play Fidel Castro, saying “No more appropriation Hollywood … Boycott! This f’d up.”  Bill noted John, a Columbian actor, ain’t Venetian but he played one … nor is he a little French man nor an Italian plumber … but yeah, he played them too.

As he says, “People become actors so they can spend their lives not being who they are.”

He notes Sean Penn snagged an Oscar for playing gay activist Harvey Milk … that was once considered courageous … now it’s the opposite.

Ditto straight people playing gay people … something Tom Hanks says he now regrets. So can gay people play a straight romantic role? The idea is to get rid of the prejudice, not the roles, and for that allies are necessary.

On on the subject of Hanks … should he have played Forrest Gump, who was mentally challenged? 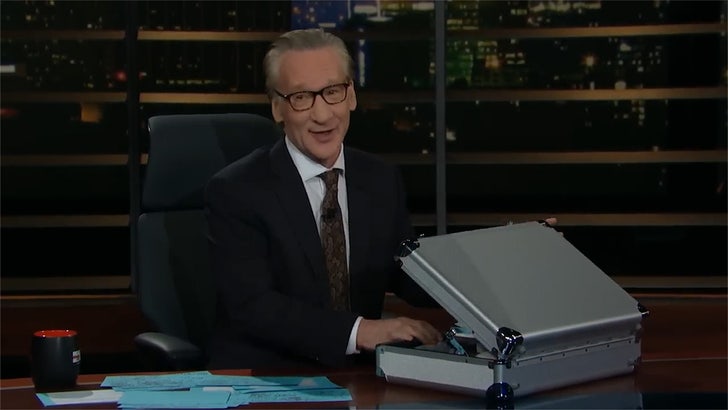 On a different and hilarious note — and we mean hilarious — check out Bill’s take on what the FBI seized at Mar-a-Lago. It’s absolutely hysterical!

Rhaenyra and Daemon finally get together on House of the Dragon

House Of The Dragon – Episode 7 Review

Kate Middleton reveals how her kids react to old pictures of...

OPEC+ to consider oil output cut of over 1 mln bpd...

Actress Who Delivered Brando Oscar Speech Was 75 – The Hollywood...