Carlos Santana is putting himself on the bench for a while … he’s postponing the next 6 stops of his tour on the heels of collapsing on stage in Michigan earlier this week. 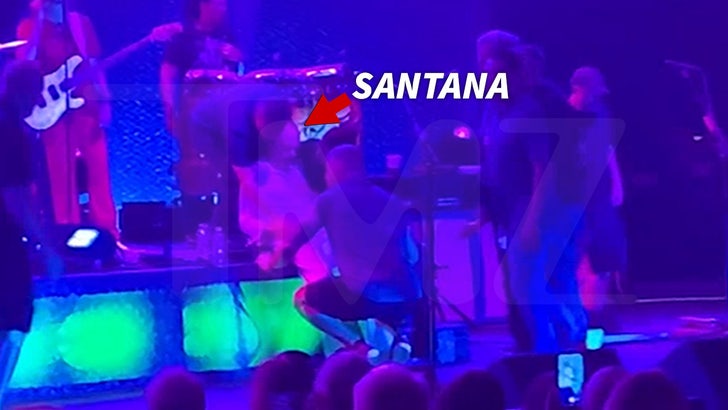 As we reported … Santana was performing Tuesday night at the Pine Knob Music Theater, outside Detroit when he went down, sending stage hands and staffers scrambling to his side.

He was eventually rushed to a hospital for treatment, and his camp said he was suffering from dehydration and heat exhaustion.

#BREAKING Carlos Santana being treated by EMS after a “serious medical emergency” at #pineknob – audience asked to leave – and pray. pic.twitter.com/kdqd5yDxK7

The health crisis is forcing the guitar great to pump the brakes on his Miraculous Supernatural 2022 Tour from July 8 to July 16, which includes stops in Cincinnati, Milwaukee and Dallas.

Santana’s reps said they made the move “out of an abundance of caution for the artist’s health.” Doctors have also recommended Santana rest so he can fully recuperate.

As of now, he should be returning to the stage July 23 in Paso Robles, CA.

The postponed shows will be rescheduled and all purchased tickets will be honored for the new dates.

Iggy Azalea takes to Twitter to announce that her career in music isn’t over: ‘I’m coming back’