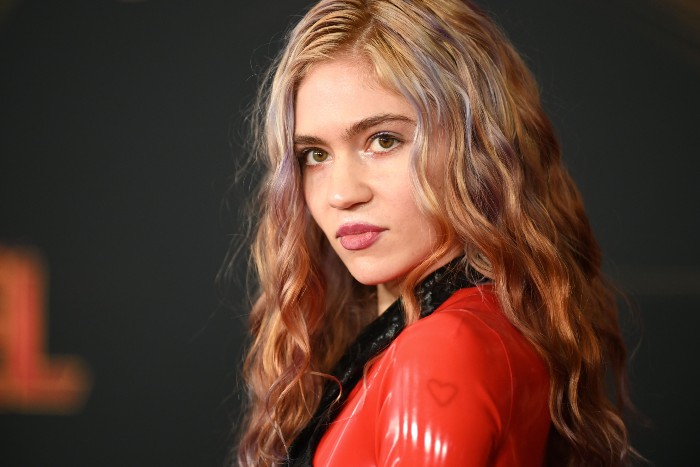 I don’t know how this story isn’t getting more play, but Grimes just casually admitted that she had a friend launch a DDOS attack on Hipster Runoff back in 2012. If you don’t know what a DDOS attack, it basically overrides your site with server requests, crippling it in the process. It is not cool, and for small independent sites, it can wreak instant and very expensive havoc on your infrastructure. According to Grimes, she kept the attack going until the site agreed to take down an unflattering article about her, which is supremely f*cked up. (AV Club)

Taron Egerton is having a really rough time with Cock. (Dlisted)

Jamie Lee Curtis said ‘I do’ to officiating her daughter’s wedding as a ‘World of Warcraft’ character. https://t.co/I0HMSfGh3G

DeuxMoi to spin celebrity gossip into a debut novel. (Vulture)

Thirty years after Beauty and the Beast became the first animated Best Picture nominee, Scott Feinberg tracked down dozens of people from voice actors to campaign strategists for a candid oral history about how they pulled it off. (THR)

stranger things hairdressers have been wronged by the cast in some way because what the fuck 😭😭 pic.twitter.com/LtjU3CixVa

The Daily Wire is creating kid content to compete with Disney. Good luck with that, you vadge-drying hate leprechaun. (Mediaite)

In equally unlikely news, Heidi Montag claims Lady Gaga sabotaged her music career. Don’t you have to have one first? (Page Six)

The Batman released the deleted scene featuring a certain character who, honestly, didn’t need to be in the movie at all. (Variety)

A tweet from @RomGothSam reminded drmllz that she read Anya Seton’s Dragonwyck as a young teen, probably too young. “Indeed, there is an explicit attempt to invoke a Northern American Gothic heritage-Edgar Allan Poe appears, for instance, to introduce Nicholas to opium.” What were you reading at too young of an age? (Cannonball Read 14)

i am in full blown tears dude pic.twitter.com/2hEHfPVJ65

Go listen to the first-ever gaming concert at the BBC Proms, a landmark event

Wynonna and Ashley Judd ‘left out’ of mother Naomi’s will

Heather Rae El Moussa’s Doctor Advised Her Not to Go on...

From Batgirl to Quentin Tarantino’s lost comedy: 9 movies that were...