Fred Durst debuted a bold new look in a selfie that was shared to his Instagram account on Tuesday – sending fans into a frenzy.

The Limp Bizkit frontman, 50, eschewed his instantly recognizable sense of style in favor of an entirely new ensemble in which he embraced his silver hair and tried out a handlebar mustache.

Fans were quick to comment under the picture, with some comparing his look to the likes of David Spade, Jon Bon Jovi, Hulk Hogan, and even Richard Gere. 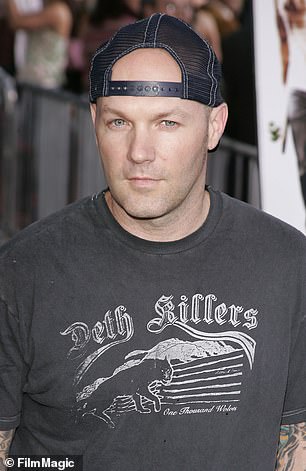 A new look: Fred Durst looked nearly unrecognizable in a selfie that was shared to his Instagram account on Wednesday. The singer was seen with a full head of silver hair and a handlebar mustache

‘This guy needs a station wagon ASAP,’ another joked.

The singer’s shot also happens to be the only image that remains on his Instagram account, as he previously deleted all the other content that he had shared.

Durst was dressed in a pastel orange button-up shirt while taking the selfie.

His salt-and-pepper hair, which he was known for shaving off and obscuring with various hats, remained free-flowing and long in the snap. 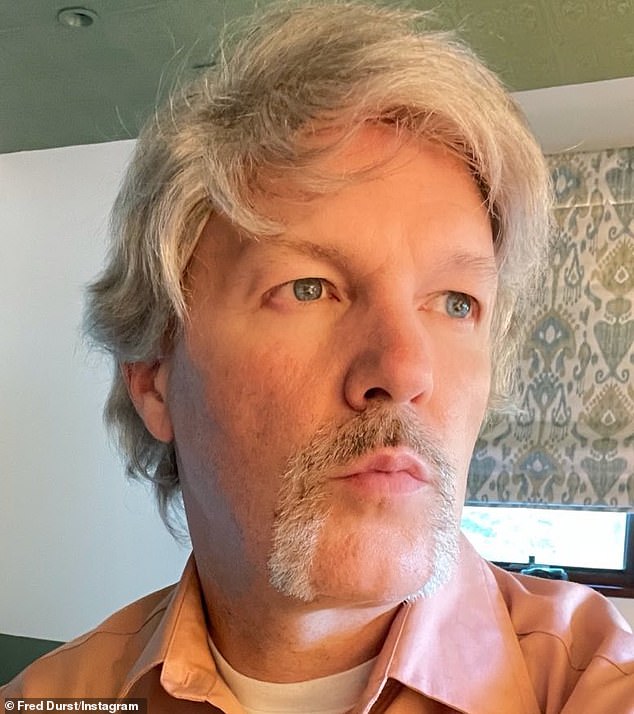 Look familiar? Fans were quick to comment under the picture, with some comparing his look to likes of David Spade, Jon Bon Jovi, Hulk Hogan, and even Richard Gere

Reaction: Fans had a field day when commenting under the picture of his new look

The musician also sported a tightly trimmed handlebar mustache, which stood in contrast to his formerly recognizable goatee.

He also wrote a brief message in the post’s caption that read ‘thinking about you 70’ and added an emoji of a UFO.

The singer is best known for his work with Limp Bizkit, which he co-founded in 1994.

The band went on to enjoy widespread commercial success, which was partially propelled by their antagonistic attitudes and onstage antics.

The group was previously nominated for two Grammy Awards in 2000, and they were put up at the annual ceremony the following year, although they never took home the distinctions. 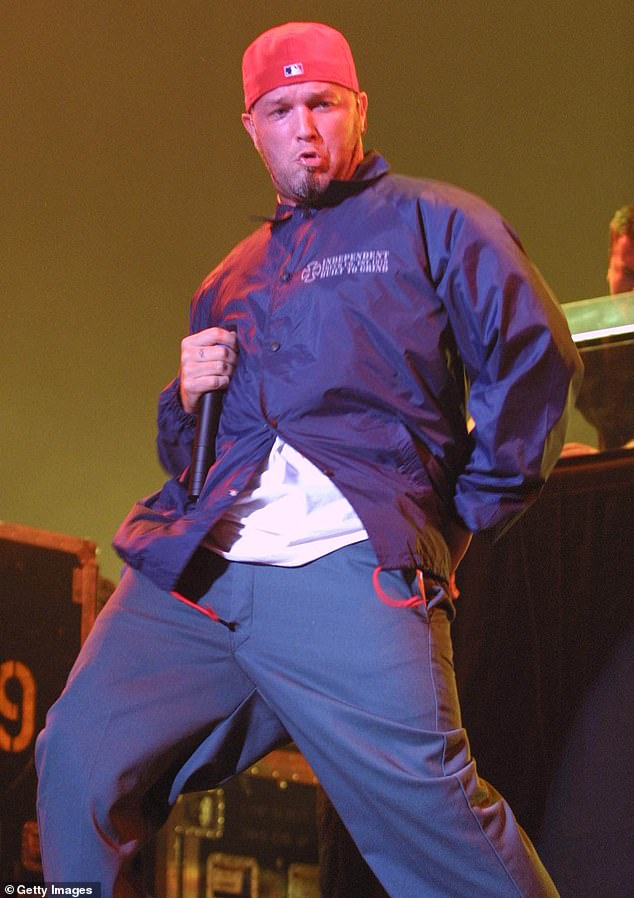 Known for it: Durst has served as the singer for Limp Bizkit ever since its founding in 1994; he is seen performing in 2001 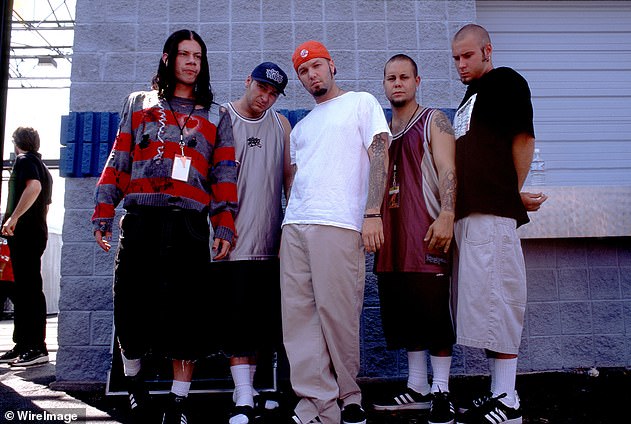 Gaining notice: The group has been nominated for three Grammy Awards, although they did not win any of them; they are pictured in 1997

They are currently working on their long-awaited sixth studio album, Stampede of the Disco Elephants, which has been in development ever since 2011.

The band’s guitarist, Wes Borland, recently appeared on the Drinks With Johnny podcast and spoke about how Durst has been the main factor behind the project’s delay.

Specifically, the musician noted that the singer ‘has been consistently kind of unsatisfied with where the vision is, I guess.’ 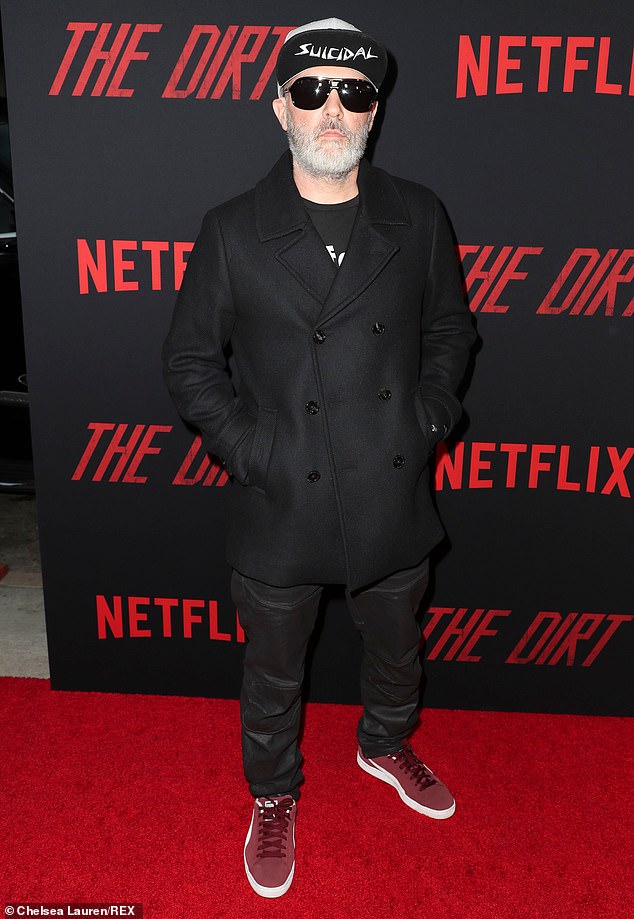 Recognizable: Many of the singer’s fans reacted with surprise in the photo’s comments section, with one comparing his facial hair to Hulk Hogan’s; he is seen at the 2019 premiere of The Dirt 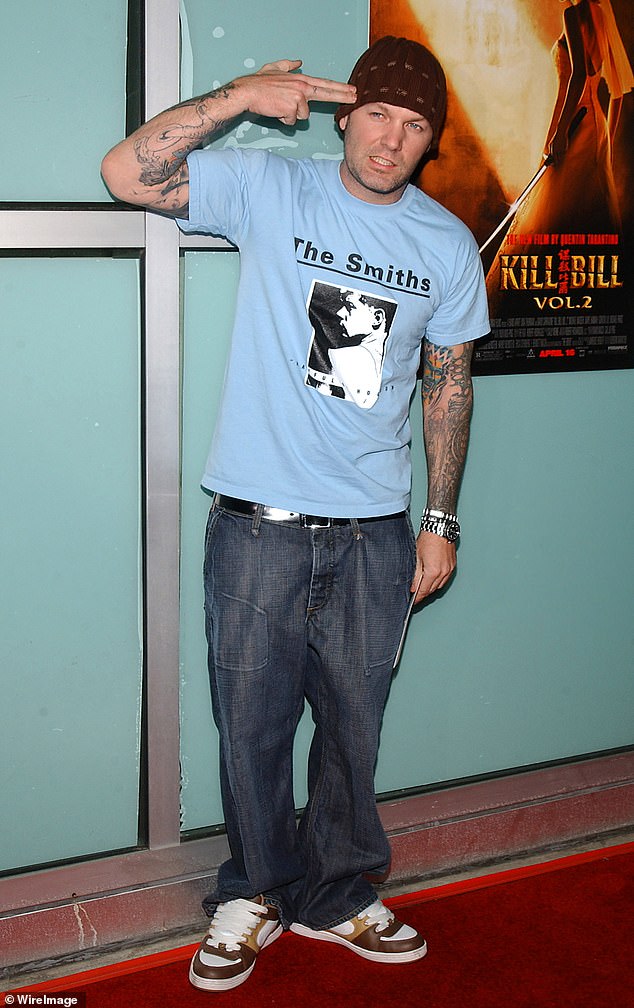 Taking his time: Limp Bizkit’s guitarist, Wes Borland, recently spoke about how Durst’s perfectionism has caused the band to delay the release of their sixth studio album; he is seen at the 2004 premiere of Kill Bill Vol. 2

He also expressed that the rapper had recorded with the group several times, although the vocalist had scrapped his efforts.

‘We probably have 35 songs recorded instrumentally, and he’s done vocals on them and then thrown the vocals away — done vocals and then [gone], “f*** this,” [and] thrown it away,’ he said.

The guitarist went on to express that Durst was getting close to finalizing a set of tracks for the upcoming studio effort, which he hoped would be released in the near future. 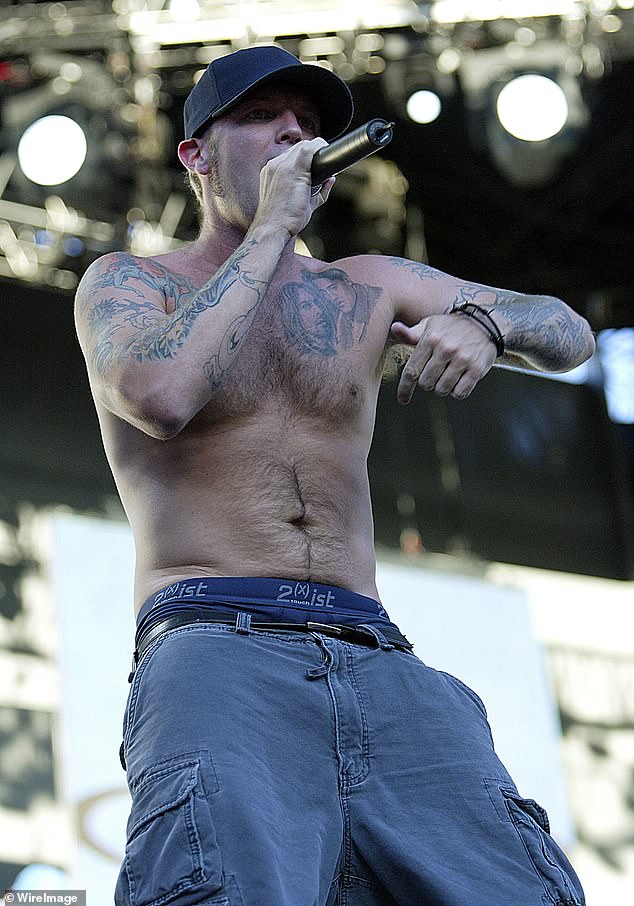 Being careful: The guitarist expressed that Durst has been ‘consistently…unsatisfied with where the vision is’; he is seen performing in 2003

‘I think he’s finally at the point now where he’s gonna pick a set of these songs that he’s finally cool with and finish ’em and we’re gonna finish the record. So, fingers crossed,’ he remarked.

Borland also gave his personal opinion regarding the singer, and noted that, although he was close to the vocalist personally, their styles of working did not match up. 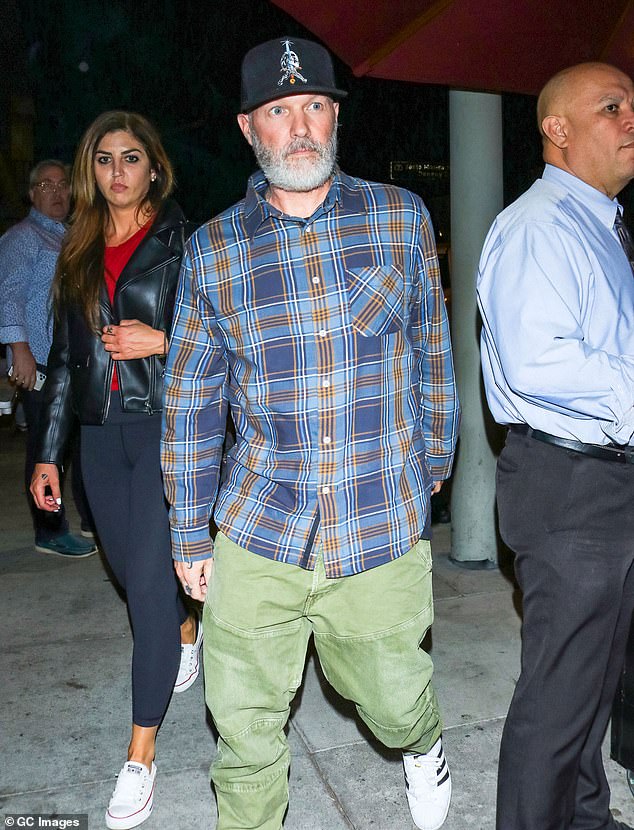 Looking ahead: The musician expressed hope that Durst would give his approval to a set of songs in the near future; he is pictured in 2019

Swizz Beatz and Timbaland Suing Triller for $28 Million Over Verzuz

Nutrition Drinks Including Varieties of Oatly and Glucerna Are Recalled