The US attorney’s office says Shah faces the maximum sentence of 30 years in prison, but NBC Connecticut reports that a plea deal will actually see her serve a maximum of 14 years.

As part of her guilty plea, the reality star also agreed to forfeit $6.5 million and to pay restitution up to $9.5 million.

Addressing the court, the reality star said that she ‘knew it was wrong’ and that she was ‘so sorry’ for the ‘many people’ who were harmed.

Shah admitted that she ‘agreed with others to commit with wire fraud’ and ‘knew it misled’ victims, over 10 of whom were over the age of 55.

Shah added there was a ‘misrepresentation of the product… regarding value of the service,’ noting it ‘had little to no value.’

When asked by US District Judge Stein if she knew what she was doing was wrong and illegal, Shah replied, ‘Yes, your honor.’

Before pleading guilty the star was facing up to 50 years behind bars if she went ahead with her Manhattan trial, which was scheduled to begin on July 18.

Jen Shah, pictured today outside of court, has pleaded guilty to the federal charges she is accused of, and is facing a maximum of 14 years in prison 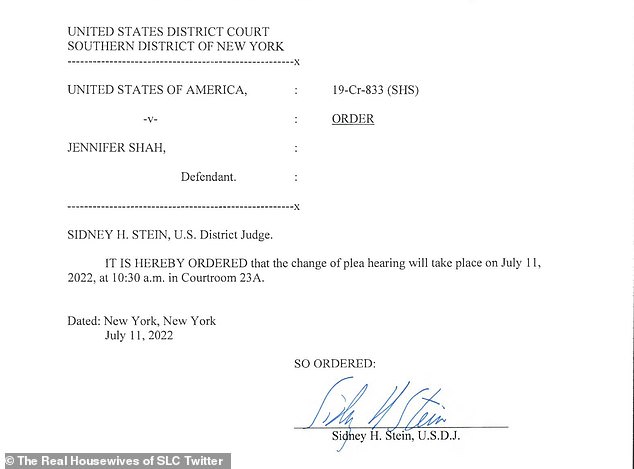 US District Judge Stein approved a plea hearing to take place at 10.30am this morning, with Shah changing her plea to guilty 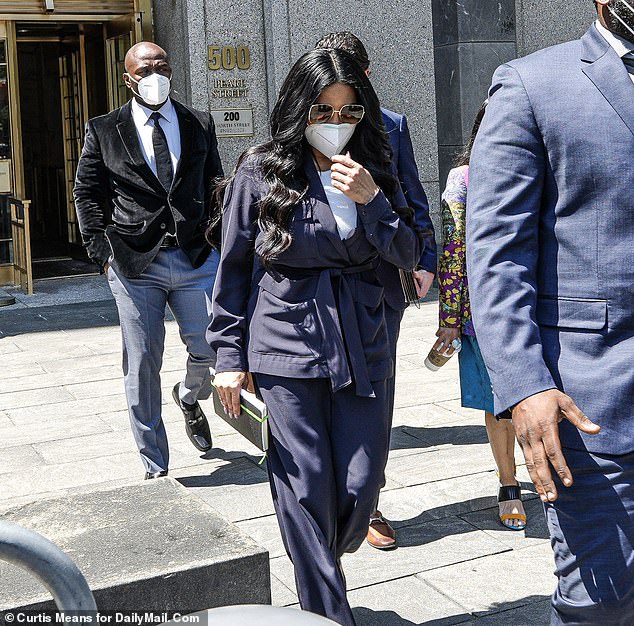 She is also facing the possibility of paying out $16million in fines and restitution, and told the court she knew what she was doing was ‘wrong’ 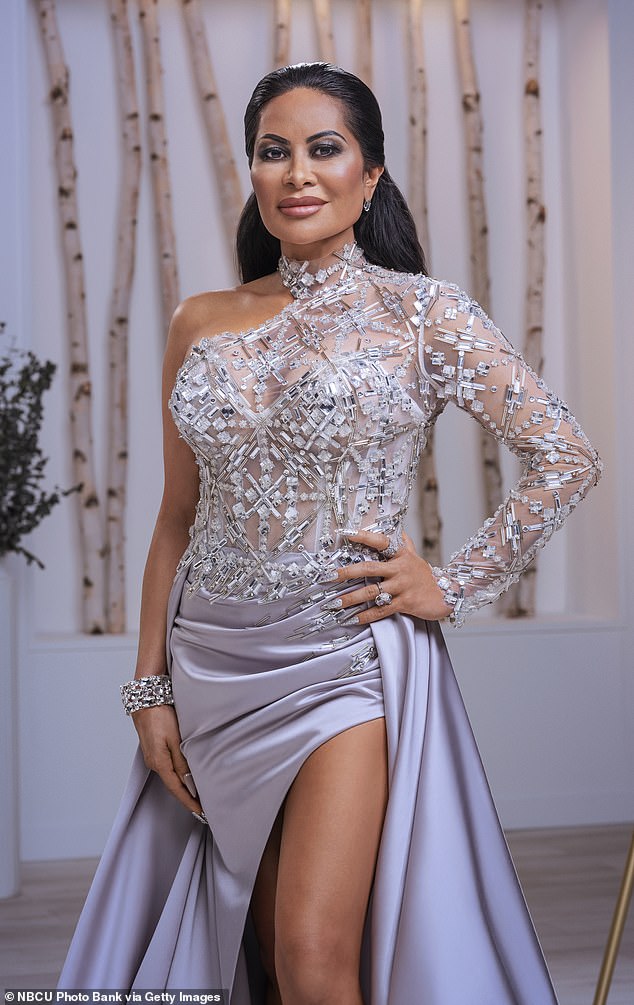 The mother-of-two initially denied the charges against her, but today pleaded guilty just eleven days before her trial was set to be heard

Shah is accused of defrauding hundreds of elderly people across the country in a wide-spread telemarketing scheme, according to documents seen by Page Six.

She was charged in March last year, along with her assistant Stuart Smith who has also pleaded guilty.

The US attorney’s office say that Shah used third parties’ names in an attempt to distance herself from the crimes.

She used and directed others to use encrypted messaging applications to communicate with other Participants and made numerous cash withdrawals structured to avoid currency transaction reporting requirements.

During the reunion show in March this year, Shah sobbed as she declared that she was ‘fighting’ the charges.

She said:  ‘I’m innocent. I will fight this for every person out there that can’t fight for themselves because they don’t have the resources or the means, so they don’t fight.

‘I will fight because number one, I’m innocent, and number two I’m going to f***ing represent every other person out there that can’t fight and hasn’t been able to.’

‘These victims were sold false promises of financial security but instead Shah and her co-conspirators defrauded them out of their savings and left them with nothing to show for it.

‘This Office is committed to rooting out these schemes whatever form they take.’

The NYPD previously alleged that Shah had ‘hundreds’ of victims, with the alleged scam reportedly running for at least nine years – starting in 2012.

Prosecutors claim that Shah orchestrated the complicated scheme to generate lists of potential victims, with the majority aged over 55. 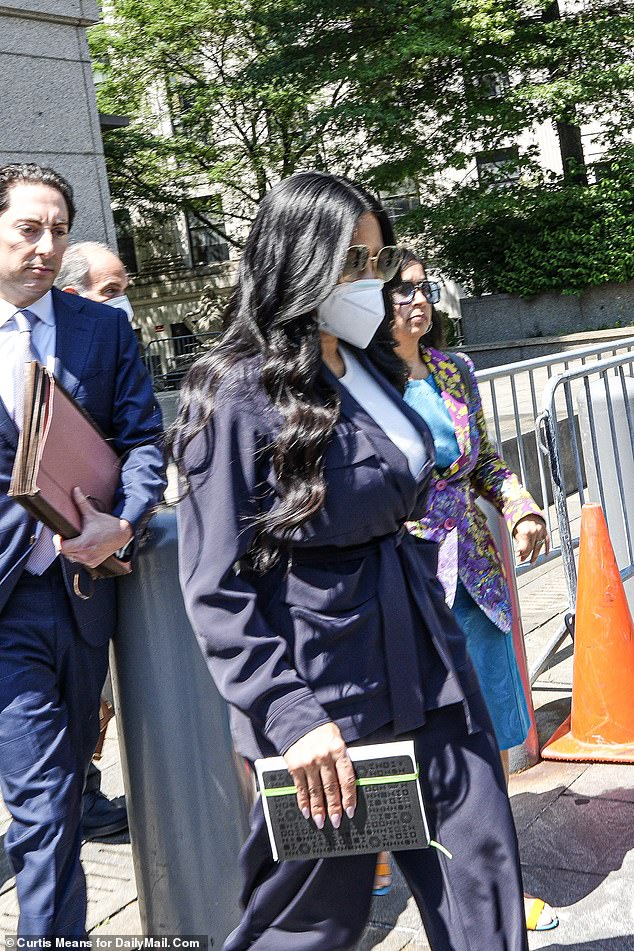 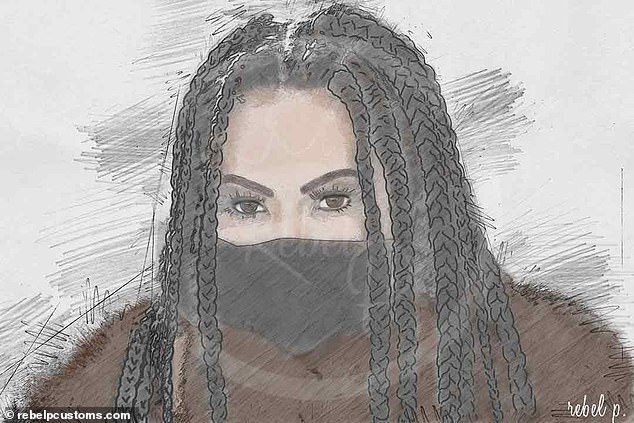 Shah previously created’#FreeJenShah’ t-shirts, with some merch featuring her face printed on them from the moment she was arrested by federal authorities 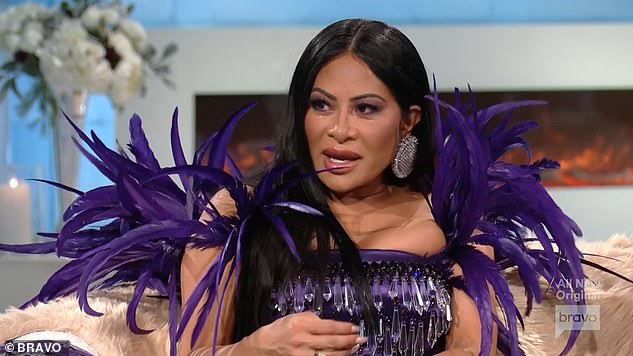 Last month, she filed to prevent prosecutors from using clips from the Real Housewives of Salt Lake City at her fraud trial

She is accused of then selling those leads to telemarketing companies which would in turn try to sell business services to the victims.

Shah would then receive a share of the fraudulent revenue that the telemarketers generated according to court documents.

Last month, she filed to prevent prosecutors from using clips from the Real Housewives of Salt Lake City at her fraud trial.

The TV personality, 48 stated she does not want ‘any clips from the RHOSLC’ used as evidence in court.

According to court documents, obtained by Page Six, her defense claims the footage ‘do not have any of the indicia of reliability’ and ‘highly edited and crafted through post-production.’

Shah even released ‘not guilty’ merch ahead of the upcoming fraud trial before today’s surprising U-turn.

She promoted’#FreeJenShah’ t-shirts, and had some tees featuring her face printed on them from the moment she was arrested by federal authorities.

Shah is set to be sentenced for her crimes on November 28.